Our Hottest Destinations for 2019

We get asked a lot about the newest/coolest destinations-it makes sense because a travel incentive that’s got a bit of intrigue or a prize competition destination that’s literally out of this world means you’re ticking all your boxes on ROI. So here it is-our top three hottest destinations for 2019 and how to really get underneath their skin….

Bhutan, the last of the Himalayan kingdoms

This is the place where ensuring the “Gross National Happiness” of its’ people is the sole purpose of the Government! There’s nowhere else quite like it in the world. So how do you get your happy in Bhutan?

The Six Senses consists of 5 intimate lodges, all uniquely designed and nestled against backdrop of evergreen pine forests, monasteries, and a landscape where sacred birds take residence. Guests can dine in a treehouse and even work on a local farm. Opens: Late 2018 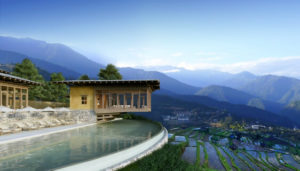 Drop into Tigers Nest
The poster child for Bhutan, Taktsang Lhakhang (Tigers Nest Monastery) perches on the side of a sheer cliff face almost a thousand metres above Paro Valley and is near the cave where Guru Padmasambhava – who is credited with introducing Buddhism to Bhutan – is said to have meditated for three years, three months, three weeks, and three days in the 8th Century. 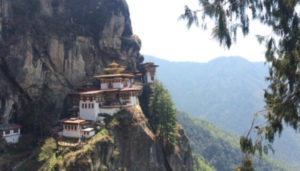 Trek away
Instead of the deforestation you’ll find in other Himalayan countries, 75% of the trees remain in Bhutan. It means whatever your level, there’s a stunning landscape for you to uncover.

Not quite as well established on the tourist trail as Croatia, Montenegro is one of the must-see places in the world. Historic churches on tiny islands, picturesque little villages between rugged mountains and azure waters, amazing dry red wine, divine hams and cheeses-it’s a must-go. 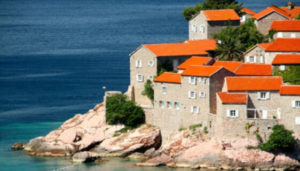 Four Corners travel tip
Take a speedboat along the coast and drink it all in; or grab your skis and explore the pistes of Zabljak in Durmitor National Park.

Where to stay
For smaller groups like an incentive or press trip, we like Forza Terra Boutique Hotel and Spa which overlooks the Bay of Kotor: there’s a pier for mooring your yacht (!) and 12 individually decorated rooms inspired by international designers. 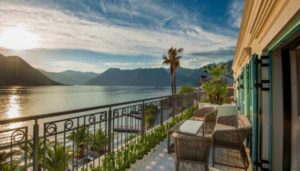 It’s no surprise that Italy is a favourite, but here’s why we love it for 2019

Events
Italy’s event calendar is packed, notably with Milano Moda Uomo S/S 2019, one of the most famous fashion fairs in the world on 14-17 June and the Moto Grand Prix in Tuscany at Mugello on 2 June.

Food
And of course, you can’t do Italy without sampling the food! Check out La Notte della Taranta, Italy’s biggest food and music festival. Don’t forget to sample the Pasticciotto (a delicious small cake).

ENTER YOUR EMAIL BELOW
to stay up to date with our latest news and Globetrotter blog.

You have Successfully Subscribed!